We thank all our planned–gift donors for their generous support. Here are some of their stories.

A Contribution to an Ongoing Fight

Born in Chicago, Norman George "Bud" Aehle was the only child of Barbara Elizabeth and George Edward Aehle. Bud became an Air Corps and Air Force veteran of World War II and the Korea war. He graduated in architecture from University of Washington 1951. He then had a very successful 30–year career in Seattle, designing renowned educational facilities throughout the state, and restoring older, under–used buildings. 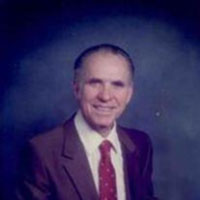 Keeping Quality of Care in Mind

Born in 1917, Adam Orsatti was the oldest son of first generation Italian immigrants, Luigi and Luisa Orsatti. Adam was from a family of four children. His oldest sister Jennie was born in Italy. Adam and his older sister, Eva, along with his youngest brother, Gino, were all born in Chicago. To his family, Adam was known as "Damo", short for Adamo, or Adam in Italian. 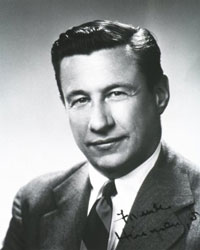 A Champion of Urology Research

Born in San Francisco, California in 1915, Dr. Frank Hinman, Jr was a renowned surgeon, genitourinary educator, author, and illustrator. His father, Dr. Frank Hinman, Sr., was the first trained urologist in California. Like his father, Hinman attended Stanford University for his undergraduate and then Johns Hopkins Medical School for his medical degree and internship. After two years of surgical residency in Cincinnati he was then called to serve in the Navy during WWII as a medical surgeon. After the war he entered the urology residency training at the University of California and joined his father, Dr. Frank Hinman, Sr., in his private practice. He then began a long career in urologic research and education at the University and on a national level. In 1951, Dr. Hinman was one of the eight founders of the Society of Pediatric Urology, the first organized urology subspecialty group in the United States.

The gift planning information presented on this site is intended as general. It is not to be considered tax, legal, or financial advice. Please consult your own personal advisors prior to any decision.